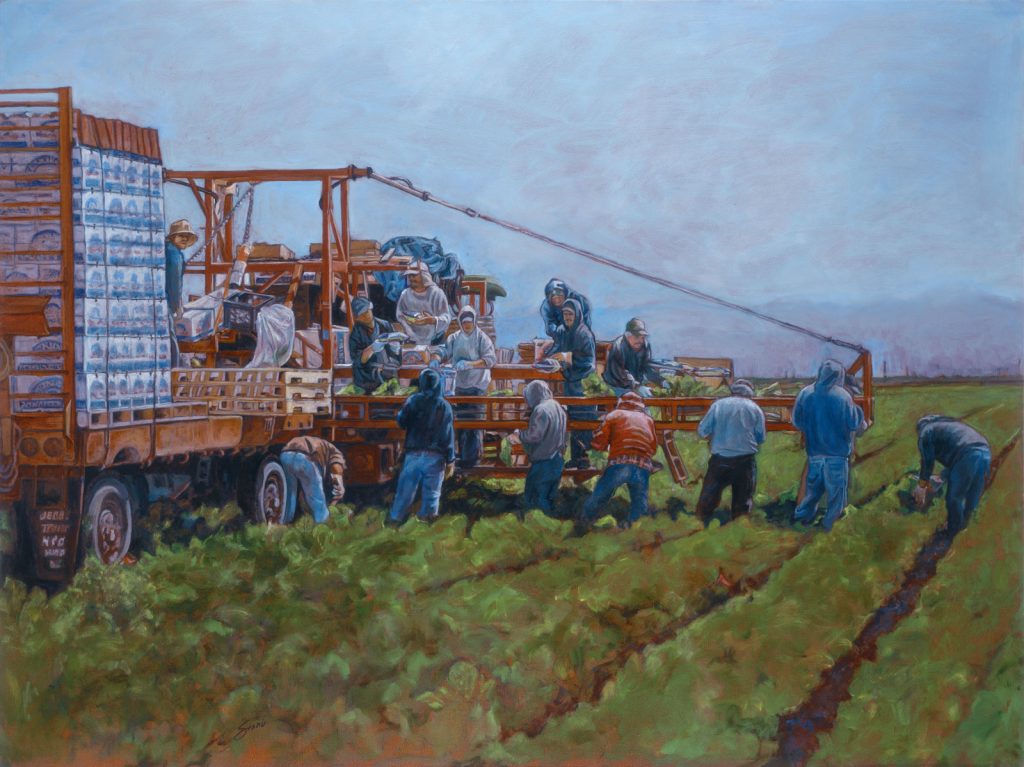 “Farm Workers of the Central Coast”

Original  Oil, 30 x 40 Available.
Custom size giclee reproduction prints are available for all of my works.

Painting is a way to communicate inner feelings, thoughts and responses to the world around us.  The expressiveness I have found in depicting the farm workers, attempts to capture the dignity of the work as well as the character and humanity of the workers by offering a glimpse into their day-to-day activities. Whether in a captured moment of mirth as in Los Amigos; the focused attention of La Preciosa as she washes her produce, the men in Teamwork, or the choreography of the assembly teams as in Romaine Crew, we see the real human side of the agricultural industry.

After many years of painting large watercolor flowers, I began a new direction in my work focusing on figurative and human interest subject matter. Still realistic but loosely painted, I shifted the medium to oil. The field laborers became a rich resource to study both the human form and the human condition. Having the opportunity of working closely with them in their work environment was an honor. These paintings are in the Farm Workers of the Central Coast collection; five of which were recently on exhibit in the San Jose CA City Hall in the offices of Councilwoman Sylvia Arenas. The Farmer’s Market paintings were developed as an extension of the farm worker series.

A recent project at the Santa Maria Museum of Flight in Santa Maria, California was the development of a Memorial Garden dedicated to a celebration of Aviation’s Heroines from the early days of flight through our modern day astronauts. The final piece to this garden was a 28’ x 8’ mural depicting the lives of many of these women aviators. I created the mural entirely as a computer generated series of images the film for which was printed in large format and adhered to aluminum substrate for outdoor exhibition. The mural and the garden were completed and dedicated in September of 2012.

After such an ambitious project and relocating to San Jose, CA, I have resumed my more personal art in watercolor, oil and acrylic. 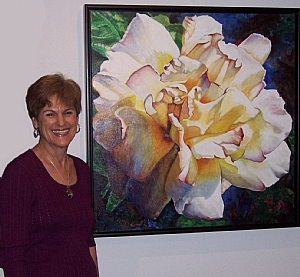 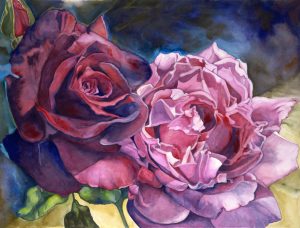